In our previous entry on screenshots, after the untimely and rapid death of the Video Ghost it was time for another device to try grabbing the "unscreenshotable." After some research, I settled on purchasing an Inogeni VGA2USB3. 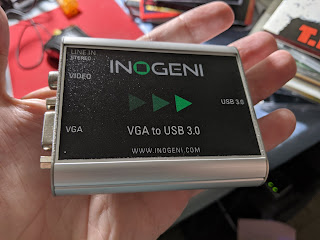 The VGA2USB3 is a small, solidly built but fairly pricey unit (mine was about US$260) but has a distinct advantage over the Video Ghost: it's live. In fact, it actually appears to the system as a USB Video Class (UVC) camera, so a huge number of apps on just about every operating system that can run a webcam can view the stream. This was a huge selling point to me personally as my home operating system is ppc64le Linux and I wouldn't need any proprietary drivers. It also has analogue audio and composite (CVBS) inputs, making it potentially a complete system for capturing video instead of just grabs, but it's strictly USB 3.0 due to the bandwidth required (up to 1920x1200 resolution at 60Hz).

Initially, however, the device was horribly flaky with my Raptor Talos II workstation. This turned out to be a power problem because the VGA2USB3 apparently draws a lot (and, being built out of sturdy metal, gets rather warm in use). A USB 3.1 hub with a sidecar power supply enabled it to come up stably and be viewable in VLC, GNOME Cheese and guvcview, which is perfect because you can then just record video or take grabs at any point you want. For this test, I decided to use a couple of my SunRay2 laptops because these hardware clients have no means of taking a picture of the screen to local storage. That's exactly the use case I'm aiming for, so let's try the Accutech Gobi 8 first: 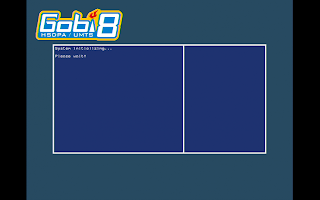 This is the Gobi's startup screen and system menu at its full native resolution through its onboard VGA output (actually, the resulting image from VLC on my Talos II is 1920x1200, but pillarboxed with the right aspect ratio). Again, this is not something you would be able to capture from the Gobi itself. On the VGA2USB3, a red LED on the USB 3.0 side glows when connected to power; another LED on the VGA/CVBS side glows when there is a detected signal. 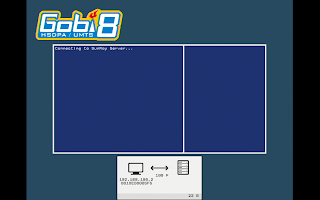 This is the Gobi showing the SunRay "On-Screen Display" as it connects to my local kOpenRay instance on the same Talos II. 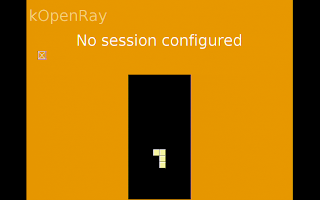 And finally playing remote network Tetpnc as provided by kOpenRay. The mouse cursor (the hourglass) is also captured.

This also works for the more recent Tadpole M1400 SunRay, which I attempted to use with the VideoGhost. The M1400 has a different display aspect ratio than the Gobi, hence the visual differences in the kOpenRay Tetpnc session. 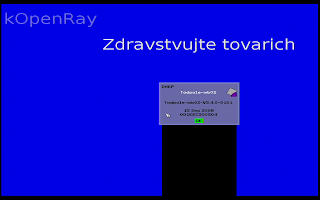 The M1400 has its own unique menu interface, shown here. 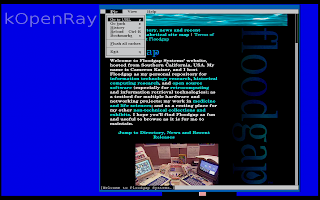 It also has a very familiar looking built-in web browser. In fact, this is the only SunRay or SunRay2 device I've ever seen that features one.

I also tested it with macOS (ordinarily I would use my G5 or iBook G4, but the USB 3.0 requirement limits it to my MacBook Air) and connected it to my Apple Network Server 500, to date the physically largest computers Apple ever made and the only ones that ran IBM AIX. Probably because of differences in how VLC accesses the capture device on a Mac, the images came out in 1920x1080 despite being 4:3 1024x768 resolution. They were also somewhat shifted to the right, though this might have been something about the video signal. For these images I cropped to the middle 1440x1080. 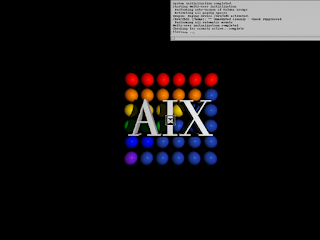 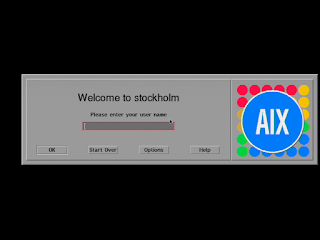 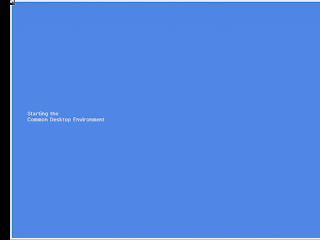 The shift of the signal to the right is more obvious here (the "Starting up" screen just before getting to the CDE desktop). The right border ended up entirely cut off. Testing this on my Talos II to compare the difference isn't feasible because these systems are in different rooms.

Nevertheless, the device clearly demonstrates basic functionality and appears to work for the purpose advertised. So, with this encouraging first effort in the can, I then decided to try where the VideoGhost had failed and connected it to my SAIC Galaxy 1100 (as previously mentioned, the MIL-SPEC luggable version of the HP PA-RISC "Gecko" 9000/712 workstation). As before: nothing appeared. The VGA2USB3 didn't make the distinct odour one gets when the magic smoke is escaping, but VLC remained as in the dark as a politician during COVID-19. It turns out that there are several other issues going on here and they didn't have anything to do with the Sync-on-Green output. But first I need one more piece of equipment ... to be continued.

Posted by ClassicHasClass at 1:35 PM