PAL RF or bust with the LCDT600: unscreenshotable part IV 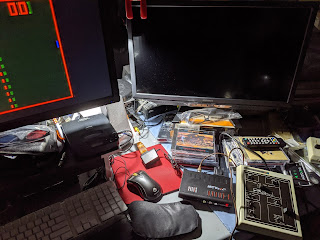 For the Secret Weapons of Commodore, part of the updates for the 15th edition involved the Commodore TV Game series, Commodore's unusual and infrequently seen family of Pong clones based on their own MOS 5601 and 7601 Pongs-on-a-chip. It would have been nice to get screengrabs of these, but not only are they strictly RF (i.e., analogue television), they're PAL, and I'm here in the United States of COVID-19. While many PAL TV sets could be dual-mode, NTSC sets almost never were, and nowadays everything is digital anyway. So what to do? Get a TV tuner that emits some other signal you can capture. And, incredibly, such a thing exists: the LCDT600 and LCDT601. 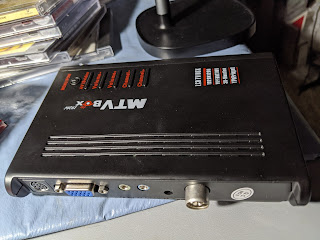 These are rebadged by a variety of distributors but except for some case and button differences are the same basic unit, and most retail for around US$60. As the ports on the rear show, the LCDT600 is a multifunction device that takes input from either composite CVBS video, S-video, VGA (using a strange mini-DIN port, but a converter is in the box) or RF, and then emits it to VGA at a variety of resolutions. Audio is supported, though not needed for our particular purpose, and the unit also allows you to overlay video from another source on top of the VGA output for "picture-in-picture." The LCDT600 and its newer but otherwise identical sibling LCDT601 emit at resolutions from 800x600 through 1920x1200, all at 60Hz, controlled by a chintzy little mini remote. Most of the machine's functions are controlled with on-screen menus, so don't lose it.

We are most interested in the tuner, and the LCDT600 does well here too. Out of the box it has a standard PAL female jack, which the TV Games connect to readily, but can be converted to an NTSC F-style jack with a simple converter (also included). It tunes NTSC and PAL B/G/D/K/I. Some primitive post-processing is available to smooth the images, but I didn't really test this thoroughly.

Capturing the stream, then, is merely a matter of capturing the VGA output. Fortunately, we already have a device for that: the INOGENI VGA2USB3. And since the LCDT600 emits at 60Hz, the signal is fully compatible with the VGA2USB3, so no further conversion is required. I was able to view the stream in VLC on my Raptor Talos II workstation and take direct screengrabs from there.

However, the next problem is I have no idea what channel the TV Games transmit on, let alone the frequency. Fortunately, the LCDT600's auto channel scan comes to the rescue, after I changed the on-screen language to English instead of Chinese and set the TV standard to PAL-G (since these were Western European devices): 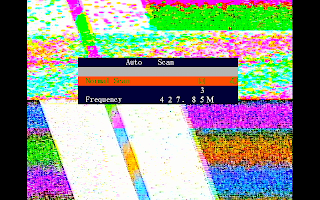 With the TV Game console connected and turned on, the LCDT600 easily found the channel it was transmitting on and presented credible pictures. There is some smearing with bright white but otherwise relatively little chroma noise. Here are some full-res grabs, the top two from the TV Game 2000K and the bottom from the TV Game 3000H: 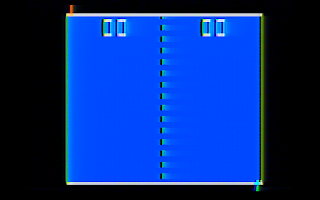 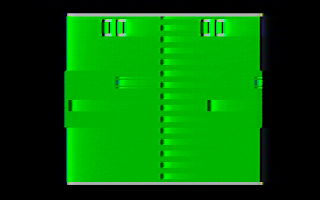 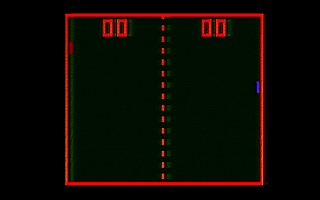 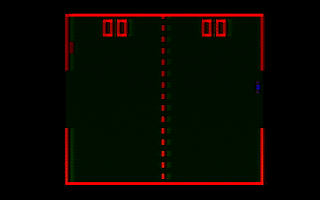 If all you've got is RF or bust, then the LCDT600 is probably the best and easiest solution, and the price isn't exorbitant. Nothing will make super-sharp images but at least you'll have them.

On a related note, if you can't get a look at the main chip on the TV Game 2000K board because the motherboard is soldered in place underside up, use a little cheap USB camera probe to get a look at the other side: 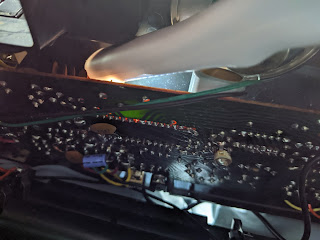 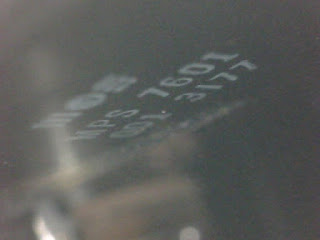 Now go read the 15th edition updates for the Secret Weapons of Commodore.

Posted by ClassicHasClass at 11:28 AM